You can charge your electric car at T-Systems Slovakia

Driving the electric cars has two impacts on your wallet. The secondary one is far more interesting.

In the morning I switch off my phone and car. I am on my way to work. Starting my car, the seat adjusts automatically and I fell the warm air from heating system right away. The driving luxury is over the standard. No gearbox, the car speeds up and slows down fast. No problems when starting in the winter, great acceleration. Electric car is a magic. 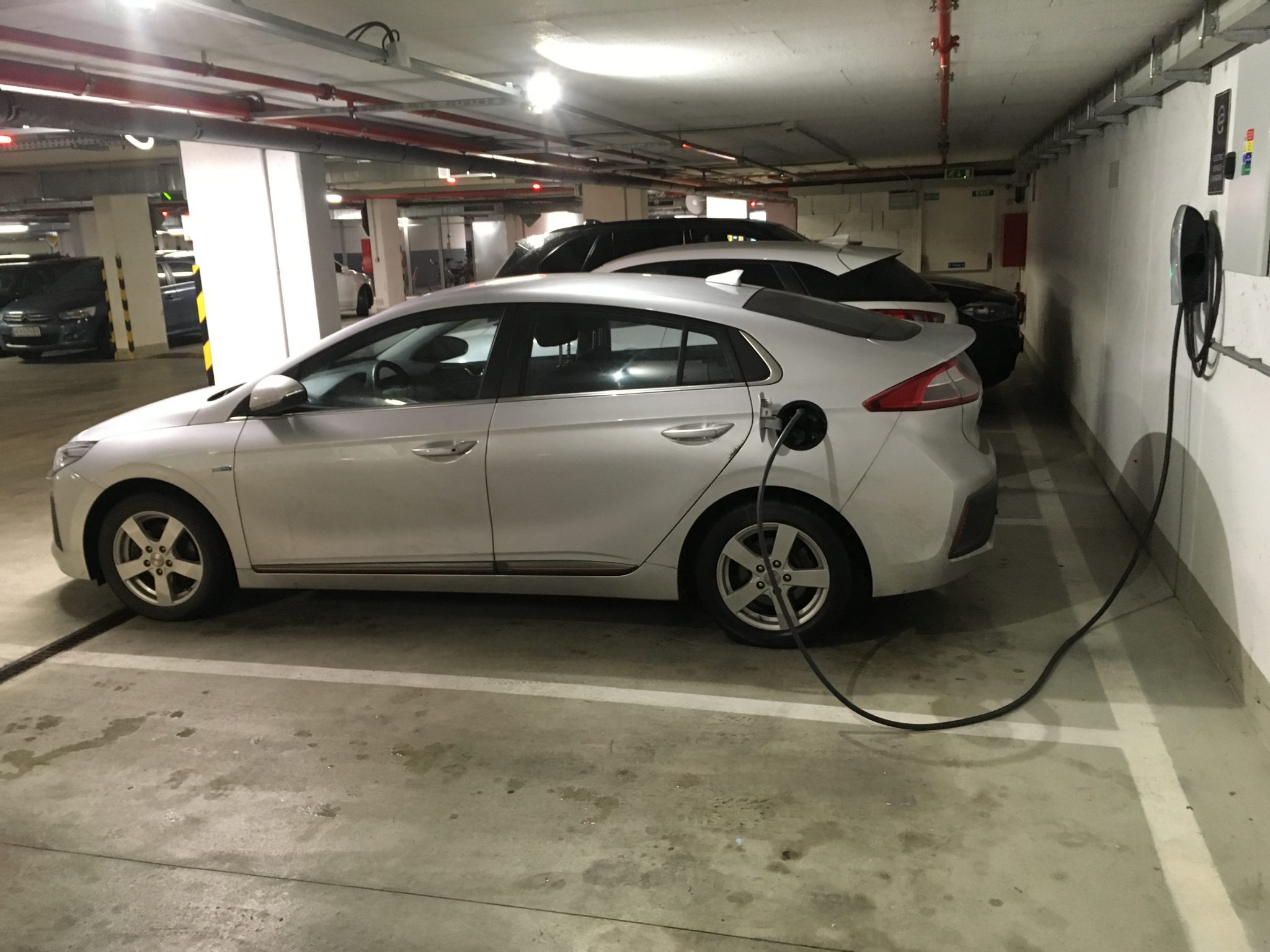 Is it worthy to invest into the electric car?

Ladislav Holotňák, the project manager from T-Systems Slovakia is not that eco friendly, he is more economically focused. He ca save 3000 eur per year. Also the feature that you are saving the planet is very pleasant. And then, you are parking the sedan in your garage with the characteristics of a sport car.

„It is about 85 km from Spiš to Košice. I can charge my car at Tesla (BCT), at Moldavska street. When I have a meeting at Cassovar Business Centre (CBC), I can charge my car there as well. “ Ladislav says. „We have to get used to the usage of the electric car and use it as a cellphone. When we are not using it, we charge it.“ He was waiting for Hyundai Iounique Electric for six months. He used the state donations of 5000 eur that time. By adding other 30 000 eur he paid for his car. When he calculated what is the return on investment, the result was that the price for this car will return in five years. At the same time he is enjoying the premium properties of this car as the distance detection, sensors of various kinds. Ladislav took a loan for this car but the monthly payments is not "killing" him. Before he was paying similar money for the gasoline. Now he just pays 50 eur more per electricity per month. 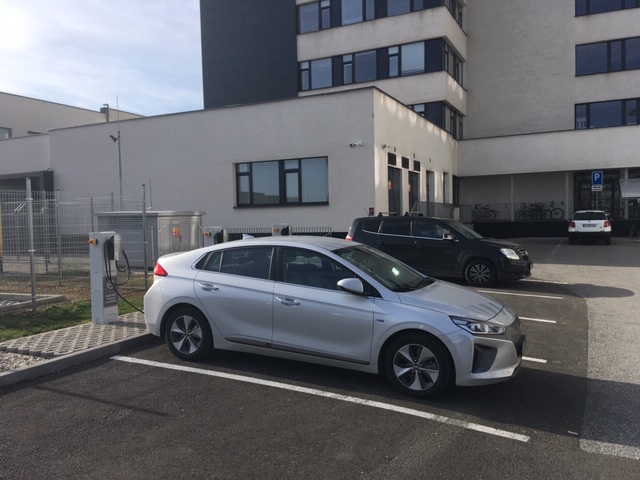 When Ladislav addressed Tesla company with a request to supply the destination chargers or so called wallboxes, the respond was positive. The only condition was to assembly those at the parking lots. He has contacted the parking lot owners at CBC and Tesla and also the TSSK Facility department. Together they decided which place was the best for the assembly. There are three chargers installed in each location. Two specifically for Tesla cars and one for any electric car. Are you curious who is paying the electricity bill? The parking lot owner is. It is for free for the users. They pay it within their parking bill.

The charger at Tesla has a voltage of 32 ampere. From zero to 40 - 50 percent it takes about two hours and half. The charger at CBC is weaker, 16 ampere. With full capacity can Ladislav drive 198 km. The battery peeps at capacity of 13 percent (26 km to go). If the worst scenario happens, he can charge the car wherever where he can find the electricity. The number of charging places increases. They are all marked within the digital map, which is in the interior of every electric car. The app shows what charger is how far. Of course, the Tesla car can go for about 400 - 500 km. New Hyundai Kona Electric, or KIA e-Niro can make about 400-450 km and they have the double battery. Since 2019 there will be new Tesla model3 available for 42 000 eur. 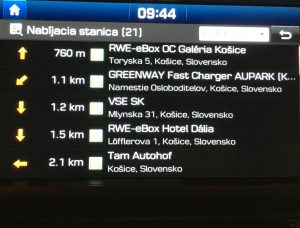 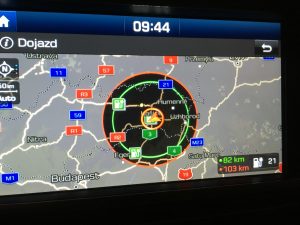 It is clear now that the number of "green" cars will grow. In Norway the ratio of sold new cars is 50:50, electric versus standard. Electric cars will have blue signs and they will have right to ride in the bus lines as well. The great feature of this car is its quiet run. The costs per 100 km are five times smaller when comparing to the standard. As Maroš Šefčovič, who is a member of Energetic union said: "I am sure our economic future depends on a fact how we will solve the future. Pure mobility is a part of it.“ 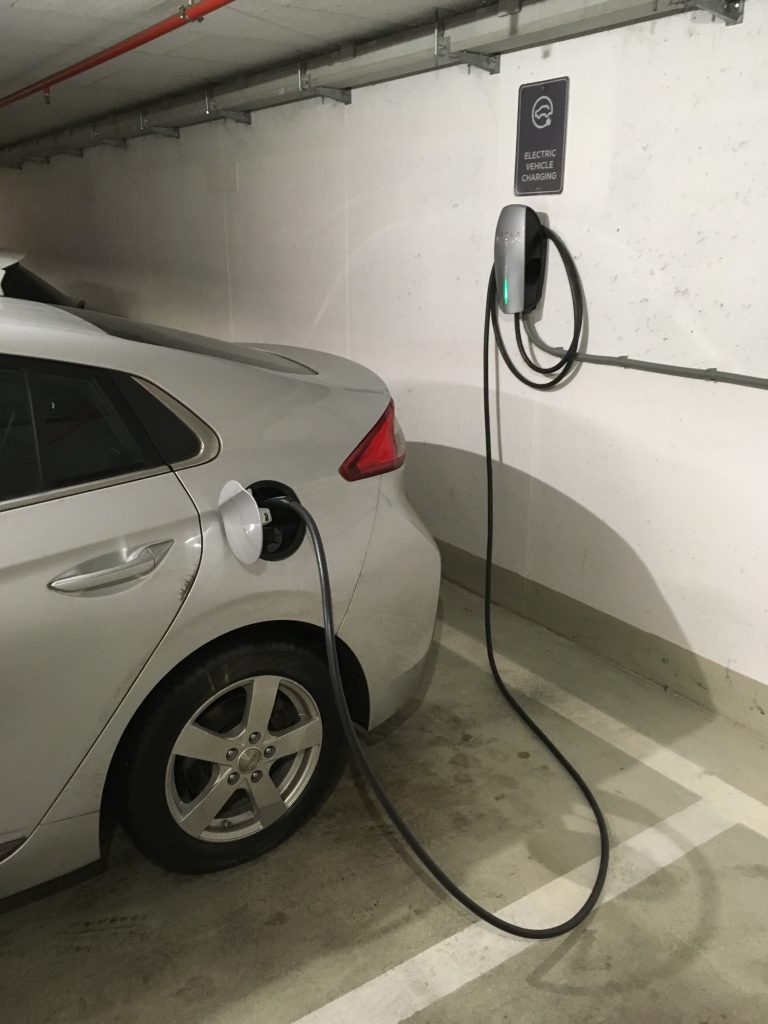 So, did we persuade you to buy a new electric car? To be honest, this was not out intent. We just wanted to point out the fact that also T-Systems Slovakia is open to "green" solutions. Those of you who have the electric car can charge it at work. And it is cool.

Back in Košice after seven years in Switzerland. » 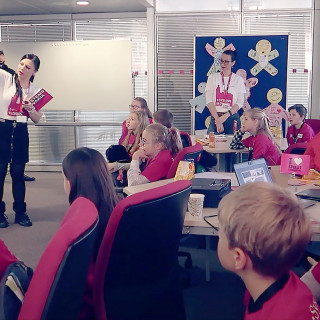 My kid in my IT world 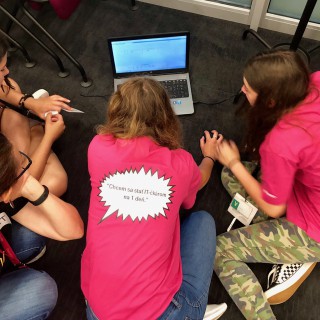 I want to be at it for one day 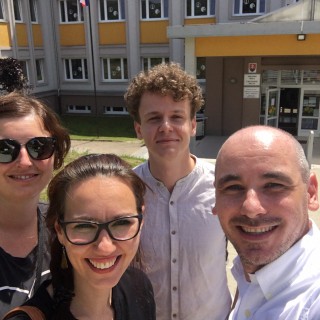